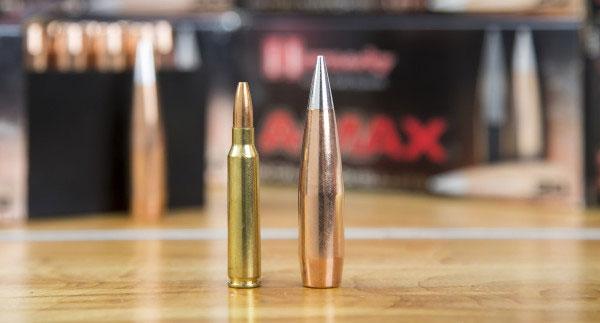 What’s The Difference Between .50 BMG And .50 Cal (Answered)

50 Cal is generally known as the bore and the nominal bullet diameter. Usually, a 50 cal round has a diameter of 12.7 mm diameter. It is used mainly in machine guns for various shooting and personal uses.

On the other hand, 50 BMG is one of the various types of 50 Cal. The term BMG means Browning Machine Gun. 50 BMG has a 12.7mm diameter and is also used in snipers and machine guns.

What is the best scope for a .50 BMG and what is the strongest 50 BMG? Check Top Scopes for Barrett .50 Cal

To gain more knowledge and quick learning, a comparison table is always the best form. So, here is a table below:

During the war, 50 calibers were used against light armor vehicles and aircraft due to their penetration power. They can easily enter through light armors and hit targets.

Today, there are various types of bullet rounds manufactured that are measured in 50 calibers. Weapons such as machine guns, rifles, and regular hand pistols are easily compatible with this bullet.

The 50 caliber is a 5.5-inch length seated bullet. It has a thick casting of under 4 inches long with a primer end of 0.75-inch diameter.

This bullet is 0.50 in diameter and typically 2.25-inch long. Other than armed forces, civilians use this bullet round for target shooting and sports. They are intended mainly for long-range shooting.

On the other hand, 50 BMG is designed for machine gun operations, which belongs to 50 Cal. It has a large cartridge used in anti-material for longer ranges. The cartridges have two separate links of the machine gun selected.

It has a diameter of .50 inches, with a casing length of 99 mm and an overall length of 138 mm. During wartime, especially WW2, the US coast guard, and military used 50 BMG rifles towards helicopters. At present, some US law enforcement use 50 BMG weapons, as well as snipers.

It has the power to disable the engines of vehicles and penetrate concrete walls. In some cases, it is used to detonate mounted guns or cannons. This bullet weighs much less even with the large size.

Caliber means the diameter of the bullet, so a 50 caliber bullet is half an inch in diameter. 50 caliber refers to the bullet of this size shot by a gun, and not the casing. There are several variants of this 50 caliber round.

Military use 50 caliber in machine guns and snipers, as well as regular shooters. It has an aluminum color tip with a heavy build. Inside the cartridge consists of a core made of manganese molybdenum steel, a point filler, and a seal of the lead-antimony base.

Different 50 caliber bullets are used for various purposes that have individual compositions. The rigidity and strength are used to penetrate tough surfaces easily.

How Powerful is a .50 Caliber Bullet?

Since a .50 caliber bullet is manufactured with a solid metal surface and core, it is very powerful. This is why it is used in heavy-duty shootings. 50 caliber bullets can easily enter through a thick, concrete, or brick wall, a large tree, or even a person from a long distance.

A user can shoot easily from a distance of about two kilometers. The guns that use these bullets were used to target troops to save from enemy guns. However, the strength depends on the sturdiness and power of the rifles used for this bullet.

Can you survive a 50 caliber bullet?

There are various types of weapons used for 50 caliber bullets. These have the strength to destroy materials with a collection of ammunition.

They are easily portable to shoot at great ranges with destructive forces. Some of them operate by recoil principle, while others use gas.

A sniper consists of the bipod, handle, brake, and removable magazine. The surface is dirt and water-resistant. Usually with the sniper comes some accessories to clean and use effectively. Different snipers have different ranges depending on their design.

50 BMG is one of the types of 50 caliber cartridges used for 50 BMG machine guns. It is made a standard bullet for important army forces. It comes in different types like tracer, armor-piercing, usual ball, incendiary, and sub-caliber rounds. Machine guns use it as a continuous belt of rounds.

Apart from machine guns, snipers and anti-materiel rifles use this cartridge. Various ammunition is also available to allow firing with lower quality bullets. 50 BMG was designed for anti-aircraft weapons during World War I.

It has a .30-06 Springfield design with a long taper case wall for various types of weapons. Mostly the twist rate of the rifling of 50 BMG is 1 in 15, with eight lands. It uses a boxer primer with a central ignition point. It is strong enough to hold a large volume of pressure.

The bullet type and powder make the recoil force different between bullets. It also has a strong recoil force as the cartridge is filled with powder.

To test the power, we see that a .50 BMG cartridge can cross the .9 mark, with a flat projectile motion. Any round from this bullet produces between 10,000 and 15,000 foot-pounds force muzzle energies.

As the 50 BMG bullet has a high ballistic coefficient, it is used for powerful sniper rifles. In addition, these snipers will have less drift from the winds of the bullet.

Since 50 BMG cartridges are unique, these have a limited number of sniper rifles built with adequate quality. This justifies the strength of the snipers and their sturdy build for heavy operation.

Similar to snipers, 50 BMG pistols are also made of hard materials to support the powerful cartridge. Most importantly, they are designed to reduce the bullet’s recoil. They have barrel shrouds and a compensator to keep the gun in level.

Some of them can also be semi auto-loading guns. However, bullets shot from pistols are slower as the gunpowder takes longer to burn.

50 BMG ammo is a large, round sniper bullet. Hornady Manufacturing makes the best cartridges for 50 BMG Ammunition 10 Rounds. They are of premium build to make precise targets with less recoil.

The first 50 BMG ammunition was the 13.2mm TuF to attack against armored targets. This ammunition usually contains Swedish brass and perfect military specifications.

This is why they fit perfectly to any automatic or belt-fed snipers, machine guns, or pistols designed for this cartridge. They are widely used by civilians as well as military forces.

A 50 cal bullet has the power to cut through a human body with ease. During operation or simply game shootings, it can make a significant wound in cases of accidents.

So, it is evident that the bullet is dangerous and needs care while in use. Sometimes, the wound may be fragile, but it may also get fatal. While it travels in the air, it causes a shockwave which is equally dangerous to make a severe wound.

This is because the bullet is very large, so the wound it makes is also large and deep, but still curable.

In this way, the user can know how much recoil the 50 BMG round has due to impact. This will differ with various models.

A.50 Caliber is a large bullet round with a 12.7mm diameter. On the other hand, a 50 BMG is a type of 50 Caliber round. 50 Caliber has different types of rounds, while 50 BMG is a particular one.

Can anything stop a 50 cal bullet?

Although 50 cal is a very penetrating bullet, research has found something to stop it. Any armor with composite metal foam is strong to stop a 50 cal bullet. Steel armors can also stop it from entering.

Can you survive a 50 BMG shot?

Since 50 BMG bullets are powerful, they can enter through a body part with force. Usually, these can leave a severe wound. But, one can also survive the wound from a 50 BMG shot if it isn’t fatal.

How much damage does a 50 cal bullet do?

Since a 50 cal bullet can slice through a body without protective armor, it can also kill someone. We also know that this bullet can enter very tough materials easily.

So the damages can be huge, depending on the surface it will hit. Can a 50 cal rip your arm off? Can a human survive a 50 Cal shot?
How many bodies can a .50 cal penetrate?

The.50 BMG is quite legal for buying without the need for a special license or process. However, it is restricted in California. It is still a good idea to check legality before making a purchase.

a 50 caliber bullet weapon is considered violent. But those that don’t assault weapons are accepted by all applicable federal laws and made legal everywhere. However, Los Angeles banned this bullet round.

What size is a 50 caliber bullet?

Even after the differences between 50 Cal vs 50 BMG, we see that they are quite similar in various features. Both are considered powerful and unique bullet rounds.

This is why their weapons are hard to find and limited in number. These are used by both civilians and military forces for various purposes. There is no doubt that both are designed exclusively for successful performances in the field.

But they are also dangerous and must be used with caution during operations to avoid fatalities. As time goes, they are becoming more popular among shooters and hunters.