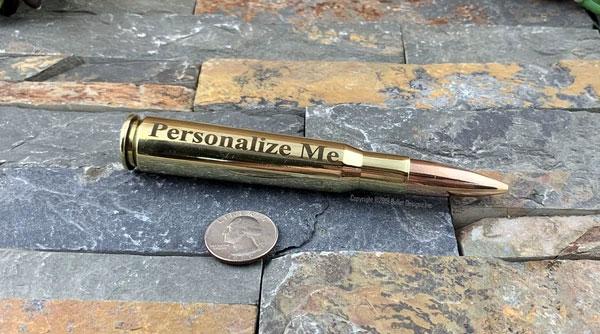 50 BMG is getting popular by the time due to its unique features and design as a cartridge. Originally it was developed for military shooting purposes to target aircraft troops.

Nowadays, it is also used for shooting, hunting games, competitions, and also by military forces. It reaches about 1000 yards and beyond, easily penetrating through the target with precision.

These are freely used without trouble by civilians with quality weapons that are also special and limited. So, when someone owns a 50 BMG weapon, we know it has a special purpose.

What Does 50 BMG Stand For?

In simple terms, BMG stands for Browning Machine Gun. This naming is done after John Browning who introduced and developed the 50 BMG bullet.

The bullet round has a .30-06 Springfield scaling. As it is a strong bullet, it has a case wall of long taper for various weapon uses. But they aren’t too heavy to travel through the air.

However, its speed still depends on gunpowder. The 50 BMG rifle with black gunpowder is more widely used. So, more firearms are designed to support 50 BMG or similar bullets.

Us has made 50 BMG the standard as the largest bullet round in terms of shell size. This is useful to get a legalized firearm with licenses.

All in all, 50 BMG is the best cartridge with great ballistic coefficient, diameter, and other features that expanded its use. It has a wide range and still manages to hit the targets and breakthrough several thick materials.

What is the best scope for a .50 BMG and what is the strongest 50 BMG? Check Scopes for Barrett .50 Cal.

Although 50 BMG is widely used, it still faces legal obligations and limitations. This is because its strength has made it dangerous. In most countries, smaller bullet rounds are allowed for personal and military purposes.

So, even though its size and penetration are useful during wars, government policies have declared it as destructive for free use. However, according to the National Firearms Act, it stays clear of the political controversy and is allowed for shooters.

All states, excluding California, have legalized the purchase of 50 BMG with little or no formal processes. Later, an alternative to this round was developed in the United States and Europe, known as the .510 DTC Europ.

It only differs with the dimensions of the case of bullets. But they cannot be used by 50 BMG rifles. In the UK, a 50 BMG is legal with a 1 Firearms Certificate. Even though, it was found by the Justice Department Office that a 50 BMG rifle was dangerous and responsible for several crimes.

Most of these were committed with illegal weapons. So it is better to learn about the legal policies before purchasing one. As long as the 50 BMG rounds aren’t used in assaultive rifles, they are legal to buy.

50 BMG Vs 50 Cal | Know The Actual Differences Between Them

50 was designed as a 50 cal bullet round for a special defence system against aircraft attacks. The bullet was strong and powerful with tough materials to counterattack the opponents with high penetration.

It is a very large 50 cal bullet of 138 mm overall length but still lightweight to fly in the air very fast. Due to its size, the velocity differs and may get slowed down depending on the rate of gunpowder burning.

Its high ballistic coefficient comes from the unique design for which it easily travels through the air with less resistance. It is ideal for power sniper rifles, pistols, and machine guns.

Both armed forces and civilians use this bullet nowadays for different purposes with ease. Even with the large size, it is used for long ranges and may reach up to 1800 yards effectively without missing the targets.

However, metals like uranium can stop it. There are concerns of this bullet being dangerous for which the user needs to know well about it and handle it with care.

50 cal refers to the .50 inch diameter of a bullet round. There are many types of 50 cal bullets in the market with different sizes and features.

Other than the 50 BMG, the rest of the 50 cal bullet rounds are smaller and heavier in size so they have a slightly shorter range. Even then, 50 cal bullets are more effective for long ranges and higher penetration than other cal bullets.

This bullet round has a lower ballistic coefficient so travels slower. So the penetration power is less as it gets stopped by steel armor or any metal composite.

Due to these reasons, 50 cal has more recoil force on impact. Unlike 50 BMG, 50 cal bullets have many types of weapons.

50 BMG is a type of 50 caliber bullet round. During World War I, John Browning developed it for defensive attack. This is now the standard of bullet rounds, being the largest size.

The maximum effective range of 50 BMG rifles is about 1800 yards. It can be used to shoot around a distance of 1.5-2 miles effectively. 50 BMG rounds are used for long ranges.

You can easily hunt with a 50 BMG with a high success rate, but this depends on the rifle used. However, this bullet is too destructive for hunting for its high power. It isn’t ideal for hunting for ethical issues.

Since 50 BMG is made legal by authority, it is now widely used by civilians. It will bring a thrilling experience in shooting or different sports. However, it is risky for personal use and may become illegal if the weapon is assaultive.

A 50 cal can even kill a person if it hits hard through bones or important organs. If the wound is mild, it can be treated. But the bullet hits with massive energy to cause fatal wounds unless the body is covered in any armors.

Conclusion on : What Does 50 BMG Stand For

The 50 BMG bullet round is versatile with its design and features. It has stepped outside military uses to be kept as a licensed weapon in the house. Old cartridges of lower calibers are far behind it. Even though there are bullet rounds beyond caliber, it is still made the standard for levelling among all the calibers.

Many brands are now creating rifles, guns, and other arms to support 50 BMG. It might be an old round, but it is still used largely for various purposes. So, it is evident how 50 BMG has stood out to be so unique as a 50 caliber bullet round.