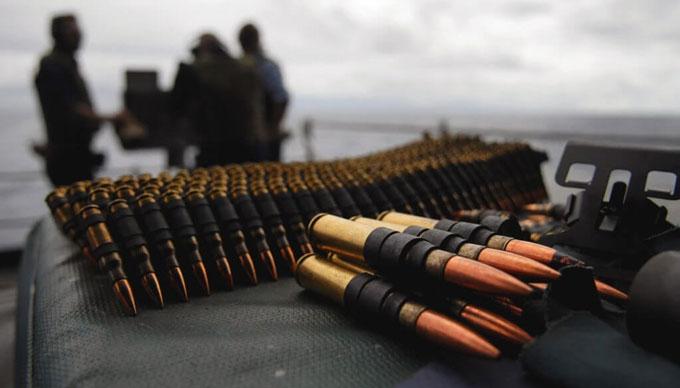 50 BMG bullet is one of its kind among the 50 cal bullets. A bullet with high weight and velocity means that it is dangerous for use.

After all, it was meant to hit targets as strong as aircraft surfaces. People are claiming that this bullet can kill without even hitting a person through shockwaves.

Can a 50 BMG Kill You Without Hitting You?

The question still remains whether 50 BMG can actually kill. In answer to this claim, soldiers from war times with experience have dismissed this as a myth. They reported that regardless of the strength of this bullet, it can’t do anything without hitting anyone.

Recently, professional rifle users have performed tests to see if the shockwave can have any deadly effect. This experiment has shown that the bullet only hit the target aimed, while the nearby objects didn’t budge at all.

So, this bullet isn’t as strong as people have thought. No matter the power, the bullet has to hit someone to have an impact. If anyone is shot with this bullet they will have serious wounds, but not someone nearby, even at a ½ inch distance.

The bullet is quite small in diameter to create the impact expected. This is because the pressure lowers down with the recoil force that makes the shockwave weaker. So, it is safe to say that 50 BMG cannot wound anyone without directly hitting them.

50 BMG bullet round was developed by John Browning during World War I. It helped the army to attack against aircraft and armored opponents. Browning used machine guns with scaled-up M1919/M1917 designs for this bullet.

This bullet was made in the interest of an armor-piercing cartridge. Browning made prototypes for testing in collaboration with Colt. Later, the M2HB Browning machine gun was developed for using 50 BMG bullets.

These types of bullets were used earlier in Maxim machine guns and many manual fire guns. During the war, both the light barrel and heavy barrel types were used in machine guns. Later, an updated version was introduced for use today.

We are aware of the energy with which the 50 BMG travels upon firing. It is said to produce muzzle energies between 10000 and 15000 fps. But the power depends on the gunpowder, bullet type, and the weapons used.

It also has a high ballistic coefficient to be used in powerful rifles and guns. The muzzle velocity is also high for these bullets to create such force.

The guns that use this bullet are specially designed with telescopic sight and cycling mechanisms to adjust the power to reduce recoil forces. Even at long-range shooting, the bullet will cause excessive recoil.

Earlier 50 BMG was used in snipers, and then the design was upgraded for other weapons. At present, sniper rifles designed for 50 BMG are created with innovative technologies to support them.

They are included with telescopes to aim targets. They also have the materials to withstand different outside conditions and the different impacts of the bullet.

Mainly these sniper rifles shoot in long ranges and are anti-material in outlook. They can detonate explosives from a distance, as well as armored vehicles. Some of the snipers are designed for professional use in the army, while others are made for civilian use.

What is the best scope for a .50 BMG and what is the strongest 50 BMG? Check Top Scopes for Barrett .50 Cal. Moreover, what is the difference between a .50 caliber and a .50 BMG?

If the bullet doesn’t enter any vital parts of the body, then you can survive. The wounds caused by this bullet may be severe, but they are still curable. But getting a wound from this bullet isn’t very frequent.

Although the authorities have shown concern with 50 BMG for its energy and risk, there haven’t been any decisions to ban it. There are only some legal formalities to own a 50 BMG weapon.

50 cal is a powerful bullet so the rifles possess equal power but still have a low ballistic coefficient and energy. It can only kill when it hits. The power depends on the range of shooting.

Government policies have allowed civilians to purchase 50 BMG for personal uses. But it is still risky in cases of accidents. It isn’t hard to get a license and the owner needs to ensure to legalize their weapons.

50 BMG could penetrate light tanks during the war, but it cannot go through the modern tanks. It can merely cause little or no dents.

It is an undeniable fact that the hissing sound of a passing bullet can scare anyone to death. Additionally, a 50 BMG carries immense power that can cause a deadly strike at anything on it’s way.

Hence, it is no wonder that the 50 BMG rounds are specifically made so much powerful for defeating the opponents on the battlefield.

Therefore, if you dare to live then not being within the striking range of a 50 BMG bullet would be the smartest choice, no matter how feeble the shockwave may seem.